The history of this foundry, which was the oldest malleable iron company in continuous operation in the United States for many years, was inseparable from that of the small town of Westmoreland, where neighbors and workers kept time by the foundry bell. The firm was founded as Oakhill Malleable Iron Company in 1833 and was established under its present name in Westmoreland in 1850. Erastus W. Clark, who along with his brother-in-law Abel Buell brought the foundry to Westmoreland, ran the ironworks until 1871 and was the first of six generations who still own and manage it.

Malleable iron founding is one of the oldest national industries, begun in the United States by Seth Boyden (1788-1870) in the 1820s. Foundries sprung up throughout the east, casting saddlery hardware, carriage parts, and agricultural implements. The railroads became the largest customer for malleable iron castings around the turn of the century, and eventually automobile manufacturers used it for rear axle housings, differential cases, hubs, and so on. 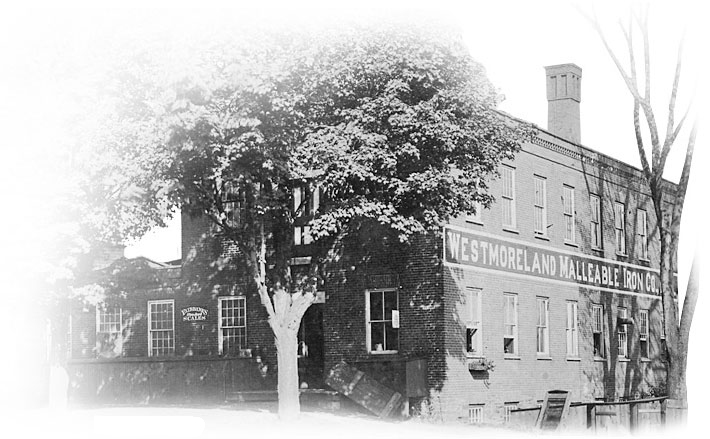 Company no longer exists. Plaque and memorabilia are at the local historical society.

The foundry closed in the early 1990s. The ASME plaque was given to the local historical society.