The Pegasus 3 is the earliest surviving example of the prototype engine for vertical/short takeoff and landing (V/STOL) jets, namely the Royal Air Force's Harriers and US Marine Corps' AV-8Bs. Owned by the Rolls- Royce Heritage Trust (a company-sponsored history and preservation society), the artifact is an early developmental model of the Pegasus 3 engine, the first to fly with sufficient thrust to prove the vectored-thrust concept for V/STOL jet aircraft, in 1960.

The Harrier design is the first and only operational fixed-wing V/STOL aircraft in the western world. These aircraft can operate from small fields, such as ships at sea, and are effective as land- and sea-based fighters, air support, and reconnaissance craft. Wartime vulnerability of airfields and aircraft carriers motivated post-WWII objectives for vertical-takeoff aircraft. During the 1950s numerous projects and research programs were underway in the United States and Europe to achieve V/STOL concepts. Advancing gas-turbine technology encouraged the study of direct jet lift systems and the control and stability problems associated with the transition from hover to wing-borne flight.

All Pegasus engines are distinguished by four rotatable exhaust nozzles that can direct the exhaust downward to lift the aircraft, rearward to propel it during wing-borne flight, and to any angle in between to enable transitions between the two flight regimes. The engine's power is called vectored thrust because the pilot can vary both the magnitude and direction of the thrust.

Bristol Aero-Engines Ltd. (now part of Rolls-Royce in Bristol) designed the engine while Hawker Aircraft (now part of British Aerospace) was concurrently designing the V/STOL aircraft in the late 1950s. Sir Stanley Hooker led the engine design team, and Sir Sidney Camm led the Hawker team. Nine Kestrels (a development of the P.1127) were ordered in 1962 for evaluation by a US-UK-West German team, and these flew in March 1964 with Pegasus 5 engines (at 15,500 thrust). In 1966 the Kestrel name was changed to Harrier. The Harrier (with a Pegasus 10 Mk 101, the first production model) entered service with the RAF in April 1969, followed by an AV-8A aircraft with the US Marine Corps in 1971. Versions of the basic aircraft have been adopted by the Royal Navy, and the Spanish, Indian, and Italian navies. 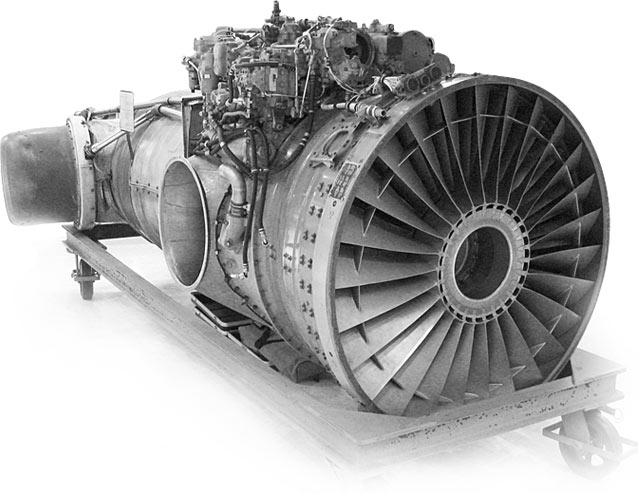