#198 GE's Ultra High Pressure Apparatus for the Production of Diamonds

First apparatus to consistently produce industrial diamonds, demonstrating fundamentals of producing and containing very high pressures and becoming the basis for the industrial-diamond production that followed

This is the first apparatus to operate at continuous pressures of 65 kbar (65,000 atmospheres) at 1800 C (3272 F). From December 16, 1954, an improved version consistently produced man-made diamonds at 55 kbar, 1500 C (2732 F), becoming the basis of industrial-diamond production. It demonstrated the fundamentals of producing and containing very high pressures, as used in all comparable apparatus that followed. It was developed during research conducted in Schenectady between 1951 and 1954 by Francis P. Bundy, H. Tracy Hall, and Herbert M. Strong, all of the General Electric Company. 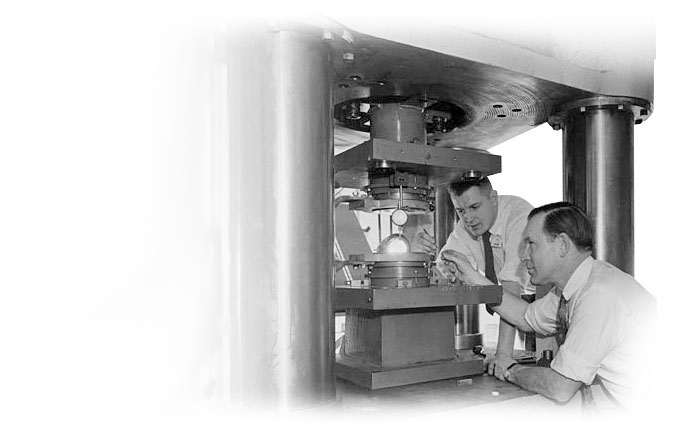