The largest wood-constructed and the largest wingspan airplane ever built

Better known as the "Spruce Goose," the Howard Hughes Flying Boat was designed and built by Hughes Aircraft Co., to be the largest wood-constructed and the largest wingspan airplane ever built. As Hughes perfected his craft, he added significantly to what is known in areas of large-lift capability and power-boost systems. Originally designated the HK-1 in 1942, it was designed to meet wartime troop and material transportation needs (flying just high enough to evade submarine attacks). Laminated wood (mostly birch) forms the airframe and surface structures of the seaplane, minimizing the use of critical war materials like aluminum. It was powered by eight Pratt & Whitney 3,000 horsepower engines.

Howard Hughes piloted the flying boat on its only flight, Nov. 2, 1947, in Long Beach Harbor, Los Angeles, California. The flight covered approximately one mile and reached an altitude of approximately 70 feet above the water's surface. 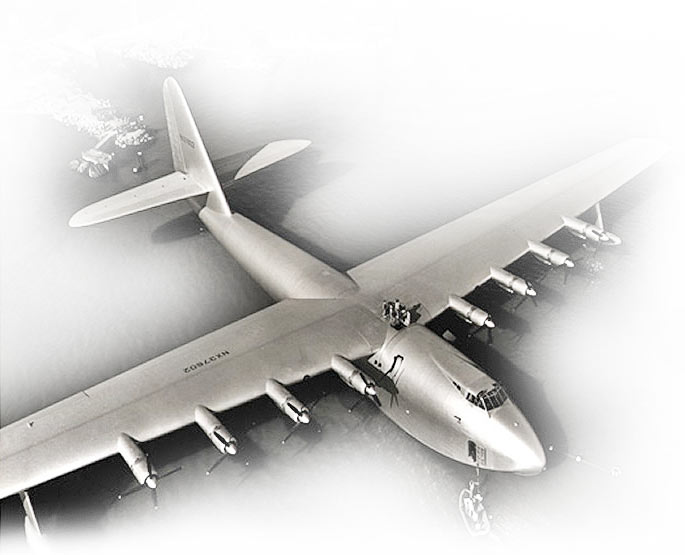 The Hughes H-4 Hercules "Spruce Goose". Despite its nickname, the H-4 was built almost entirely of birch, rather than spruce. photo source: lamorguefiles.blogspot.com