Prototype of the automated factory

Built in 1920, the A.O. Smith Corporation's automated automobile frame factory began production May 23, 1921, and operated until June 24, 1958. It achieved a manufacturing output of better than one frame every six seconds, or 10,000 frames a day. From raw stock to finished frame, the process was automated with split-second timing as the pieces moved from storage to manufacturing, along a 350-foot side bar press line or similar conveyor, traveling back to storage where it passed through a washing machine, then a painting machine. Then each frame was hung on an endless chain for lacquering, baking, and cooling. It took 40 minutes to assemble more than 125 parts (many of which were produced within the plant) and an hour and twenty minutes to clean and paint a frame.

Sections of the original machinery still are functioning in this building. As a mechanized orchestration of over five hundred operations, it was considered a wonder of its time and a prototype of the factory of the future. 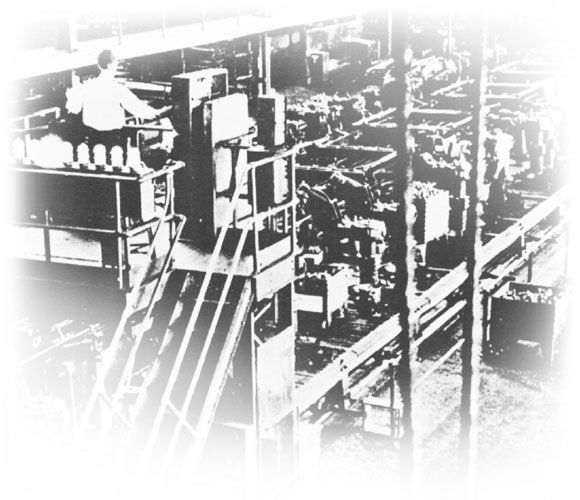 The entire line was controlled by the man on the bridge. The long, intricate assembling process completed itself practically without human aid.

By appointment (landmark no longer exists as such)