Formerly known as the Oneida Street Power Plant, this plant served from 1918 to 1920 as the pilot plant in the United States for the development and use of finely pulverized coal firing in the boilers of steam-electric power plants. The results of the Oneida experiences were major changes in boiler design and lower costs of power generation.

Following the early years of central station electric development, experiments at Onieda Street resolved persisting inefficiencies at a time when coal was increasingly expensive and of poorer quality. Two marine engineers, John Anderson and Fred Dornbrook, devised a method for stoking a boiler with less effort by grinding coal into powder and blowing it into the furnace. They devised a water screen shield to reduce the formation of slag in the boiler, which contributed ultimately to the success of the modern pulverized fuel-fired furnace, and led to their success where others failed. (This plant no longer exists.) 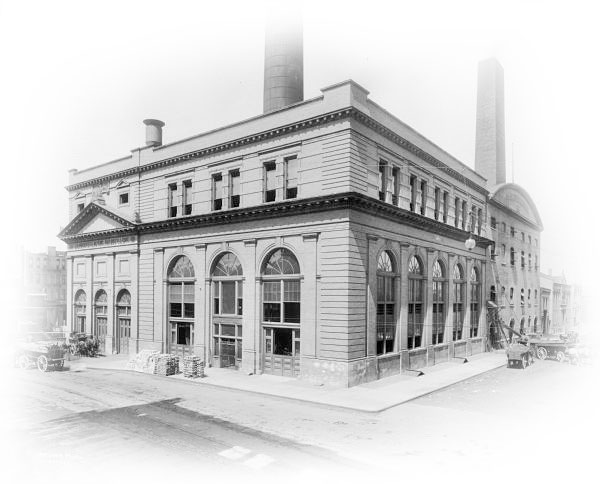 This plant no longer exists. Plaque is outside, accessible by public street.