First fusion-welded boiler drum, tests on which led to widespread acceptance in industry

This fusion-welded drum, tested during 1930, was the first in a series tested at Combustion Engineering Inc. that led to the industrial acceptance of welding for the fabrication of boiler drums. Replacing riveting for steam power plants, electric arc fusion welding permitted increased efficiencies through higher working pressures and temperatures and fabrication of larger units of improved safety. Welding was then rapidly extended to fabrication using optimum alloys for pressure vessel and structural application.

Papers published by A. J. Moses, presented to the National Board of Boiler and Pressure Vessel Inspectors in June 1930, contributed to a new ASME Code for the use of welding for boiler drum construction, which was adopted in June 1931. The test drum had surpassed design calculations proposed for the Code, which estimated the safe working pressure to be 517 pounds per square inch gage. The drum had been tested to destruction on May 2, 1930, deforming under hydraulic pressures after reaching 3,250 pounds per square inch gage. C-E shipped a drum, believed to be the first unit built to ASME Code weld rules, to Fisher Body Division of General Motors on June 22, 1931 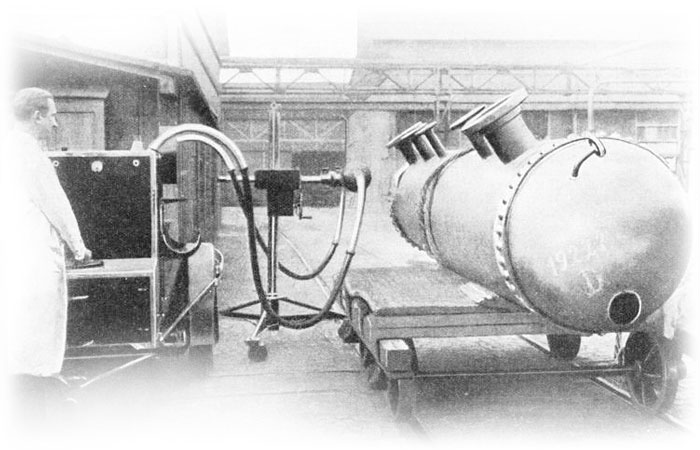 In front of building, near parking lot