This facility was typical of others in the country that made small spherical lead shot for the fowling pieces of frontier settlers. Smelted lead from the nearby Austinville mines was melted at the top of the tower and poured through a sizing sieve to produce small droplets. Surface tension caused the molted lead to assume a spherical shape that solidified during its 150-foot fall. The shot was then collected in a water-filled kettle at the bottom of the shaft. The "drop process" was patented in England in 1769 by William Watts, a craftsman of Bristol, England. He profited handsomely from its prevalent use. The tower was built by Thomas Jackson, an English immigrant, in 1807. The tower and grounds were restored through the efforts of local organizations, individuals, and the Commonwealth of Virginia. 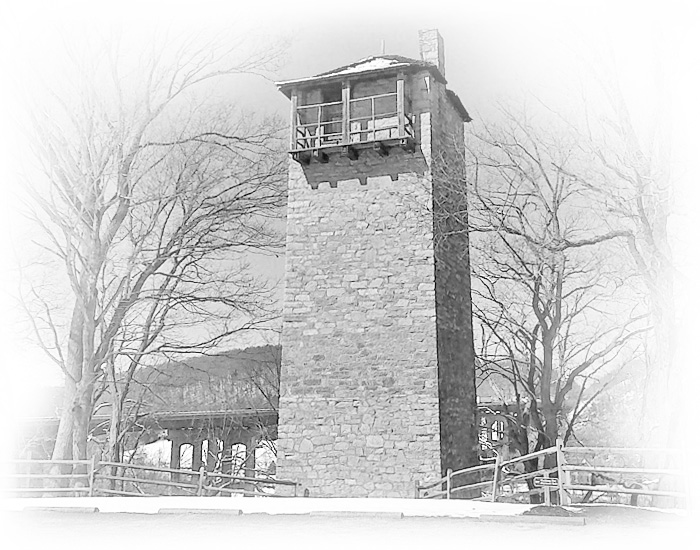