The integration of pump and turbine was the first of many to be installed in power-plant systems in the United States. It was the largest and most powerful in the world. As a "pump storage" unit in the Tennessee Valley Authority's system, it effected significant economies in the generation of electrical energy. The unit was designed by engineers of the Tennessee Valley Authority and the Allis-Chalmers Company. It was built by Allis-Chalmers. 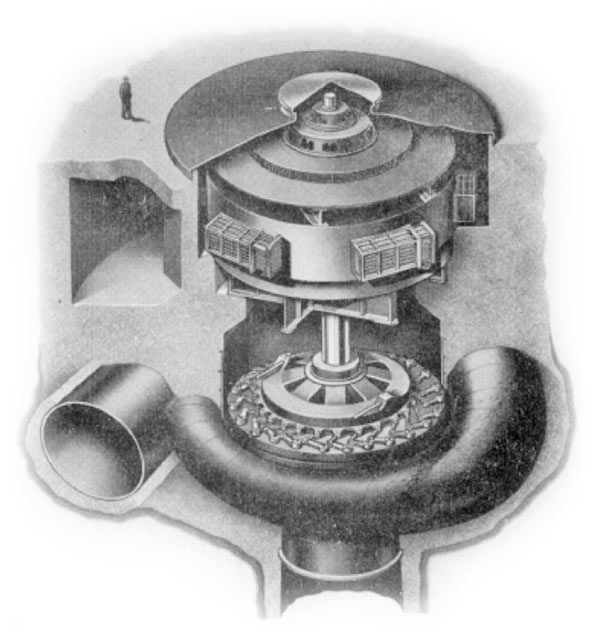 An artist's drawing of the largest electric motor and reversible pump-turbine ever built.