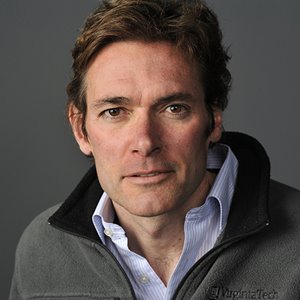 Marc Edwards
Growing up on the rural shore of “dead” Lake Erie in the early 1970s, Marc Edwards witnessed its resurrection after water pollution was controlled. He attended a one building (K-12) public school and had the same outstanding science teacher grades 7-12.

Edwards was working his way to a B.S. degree in Biophysics at the Medical School of the State University of New York at Buffalo, as a live-in community residence counselor for mentally and physically challenged adults, when he learned about the role of environmental engineers in the cleanup of the infamous “Love Canal.”

Without ever having attended a single engineering class, Edwards sought out a PhD in Environmental Engineering at the University of Washington, telling his parents: “It’s possible to proactively use science to improve public health for more people as an engineer, than as an M.D.” Having observed how medical schools of the era destroyed empathy, Edwards also naively figured that a career in an altruistic profession like environmental engineering would pose fewer ethical dilemmas.

During his first fifteen years as an Engineer and then a Professor, Dr. Edwards pioneered research that helped expose a critical nexus between water infrastructure, potable water and public health—revealing a key public health battlefield of the 21st Century. It was also destined to become a contentious legal and ethical battlefield, in which government agencies colluded with water utilities to violate provisions of the Safe Drinking Water Act, repeatedly breaking the public trust with shoddy science and misinformation.

His decade long effort in Washington D.C was vindicated in bipartisan congressional hearings that discredited the U.S. Centers for Disease Control, the United States Environmental Protection Agency, and other public health agencies. Edwards persevered through threats, lost research funding, and coordinated attacks on his reputation.

Later volunteer investigative science work in direct collaboration with citizen scientists of Flint, MI and Denmark, SC also exposed high profile water crises. Work with dozens of other vulnerable and distrustful communities, confirming safe drinking water laws were not being broken, was another successful outcome of his work.

In frequent speeches lauding whistleblowers, and warning against conformity and tribalism (especially in science and academia), Edwards notes that “It is the people who the world can’t change, who can change the world.” He will donate his Hoover Gold Medal to Virginia Tech because “in the face of intense pressure to stop my volunteer investigative science work, they honored their aspirational Ut Prosim (That I May Serve) University motto.”