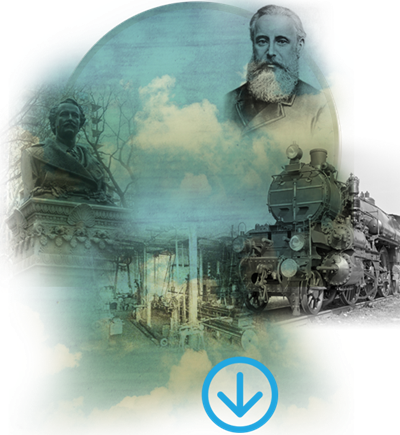 When ASME’s founders, Henry R. Worthington, Alexander Lyman Holley, and John Edson Sweet, along with other prominent industrialists and technical innovators gathered in New York City for the first time in 1880, the main topic of discussion centered on the dawning industrial age. There were many who felt that there was an opportunity to better serve the needs of engineers and the designers and managers of the machine shops by providing them with a forum for discussion and collaboration.

Engineering standards, the founders agreed, would ensure safety, reliability and operational efficiency in machine design and mechanical production. The manufacture of gun parts, sewing machines, locks, typewriters, bicycles and the like, leading up to the manufacture of steam engines, machine tools and locomotives, had made it clear that commercial success lay in sale of large numbers of duplicate units - uniform, safe, and standardized. From this, ASME issued its first standard, “Code for the Conduct of Trials of Steam Boilers”, in 1884. Shortly after in 1887, ASME issued, “Standard for the Diameter and Overall Dimensions of Pipe and Its Threaded Ends”, which addressed mass production and standardization issues with the manufacturing of pipe.

Other historical events that have helped define and shape ASME Standards & Certification. 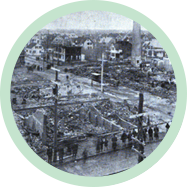 Two boiler explosions in Massachusetts shoe factories,(Brockton, 1905 and Lynn, 1906) motivated the Governor to include in his inaugural address a demand for prompt action for improved public safety. One outcome of this mandate was the creation of a new Massachusetts law, “An Act Relating to the Operation and Inspection of Steam Boilers” (1909). This motivated another state, Ohio, to draft their own laws in 1911. At the same time, as both states were developing laws, ASME was looking to the future in a way that would change the boiler industry and its future evolution, industry-wide standardization. From ASME’s actions, the first edition of the Boiler and Pressure Vessel Code (BPVC) was issued in 1914 and published in 1915. 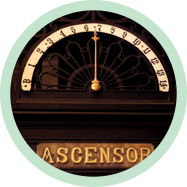 Advancement in steel manufacturing and production in the late 19th and early 20th century allowed for the design and construction of taller buildings. With taller buildings, elevator use increased as a quicker, more convenient way of movement to upper floors. To outline safe and standardized elevator design and use, the first edition of the ASME A17 standard, “American Standard Safety Code for Elevators”, was issued in 1921. After the publication of the standard, requests for a guide covering the inspection of elevators were received. The A17 committee prepared, with input from cities, states, insurance and elevator maintenance companies, and the Federal Government, the ASME A17, “American Recommended Practice for the Inspection of Elevators Inspector’s Manual”, which was issued in 1937 simultaneously with the third edition of the A17 standard. 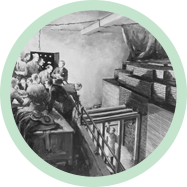 The ability and desire to use nuclear energy for power generation began in the early 20th century when it was found that radioactive elements released immense amounts of energy. Earnest efforts for private sector nuclear power generation did not start until the passage of the 1954 Amendments to the Atomic Energy Act which allowed rapid commercialization of U.S. reactor technology. The engineers who designed the first commercial nuclear reactors recognized a need for a set of design and fabrication rules to facilitate the development of safe, economically competitive nuclear reactors. As there were many similarities between thermal-neutron reactor and traditional steam powered pressure vessels, the nuclear industry relied on ASME BPVC Sections I, “Rules for Construction of Power Boilers” and VIII, “Rules for Construction of Unfired Pressure Vessels”, to help standardize their practices. In 1963, ASME published the first edition of ASME BPVC, Section III, “Nuclear Vessels”. Over the years, the scope of ASME BPVC Section III has expanded to cover practically all of the pressure and liquid storage components involved at a nuclear power site..

Additional milestone moments can be seen on the Standards & Certification Chronology.

Engineers make up ASME, and it's that passion and knowledge that literally runs the world.

By volunteering you can learn new skills, help the world, and influence the ASME of tomorrow.

Read more about volunteering at ASME