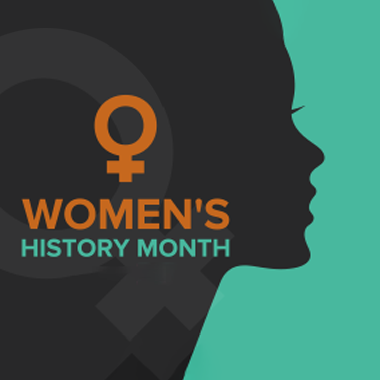 Each year in March, we observe Women’s History Month, which highlights the stories and achievements of women throughout history. Women have made significant contributions in engineering and in ASME going back more than 100 years.

ASME welcomed its first woman member, Kate Gleason, in 1918. As a young girl, Gleason started helping out in her father’s machine shop. She later studied engineering at Cornell University and the Sibley College of Engraving and the Mechanics Institute, which became Rochester Institute of Technology. She played a key role in transforming her father’s machine shop into the modern-day Gleason Corporation, one of the world's top providers of the machines, tooling and technologies needed to produce gears found in everything from vehicles to airplanes, wind turbines and power tools. Ms. Gleason also helped pave the way for other women to enter and thrive in the field of engineering.

In 1986, Dr. Nancy Fitzroy became ASME’s first woman President, and the first American woman to head a major engineering Society. As President, Dr. Fitzroy focused on steering more women and other underrepresented minorities into the engineering profession and advancing their opportunities for career enrichment and advancement. Since Dr. Fitzroy, ASME has been led by four additional women Presidents.

You can learn more about Kate Gleason, Nancy Fitzroy, and some other women who were pioneers in engineering here.

In 2020, the Society of Women Engineers (SWE) celebrated its 70th anniversary. SWE has been a leading organization in empowering and advancing women in the engineering profession for seven decades. The Women in Engineering ProActive Network (WEPAN) is another leader in advocating for women in the profession. ASME partnered with WEPAN on the Transforming Engineering Culture to Advance Inclusion and Diversity (TECAID) project, a National Science Foundation grant-funded faculty development program.

Each year, ASME celebrates the important contributions of women in the field of engineering at its Women in Engineering Reception at IMECE. In addition, several other groups, such as the Women in Standards and Certification (WiSC) and Women in Manufacturing, have held some great events. I am delighted to see a rise in awareness and activity, and look forward to supporting future events.

This message is part of our ongoing recognition of our diverse ASME community and serves to reinforce ASME’s commitment to advancing Diversity and Inclusion.