First launch vehicle for the US space program.

The Atlas E-2 Space Booster, or launch vehicle, is a modified intercontinental ballistic missile developed by the Convair Division of General Dynamics and the U.S. Air Force. The basic concept of the Atlas system was proven in its first flight on June 11, 1957, followed over the years by the launching more than five hundred vehicles including the Pioneer, Ranger, Mariner, and Surveyor. Many payloads were sent into orbit as detachable sections of Atlas missiles. The E-2 launched the world's first communications satellite in 1958, put the first American into orbit in 1962, and was responsible for sending many other notable payloads into space. 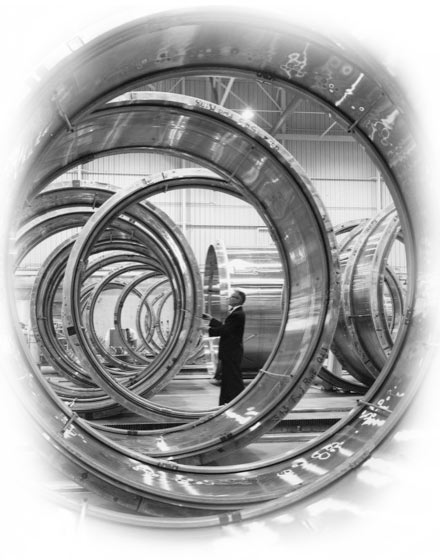 Seen here are the metal rings of the Atlas that were welded together to fabricate the tank.