One of the world's largest fabrication tools, influencing aviation and aerospace technology

This hydraulic closed-die press, among the largest fabrication tools in the world, has had a profound influence in America's leading role in commercial aircraft, military aircraft, and space technology. As part of the same Heavy Press Program that created the Mesta press, the Wyman-Gordon press was designed by the Loewy Construction Company and began operating in October 1955. Among its contributions was the development of the new jetliner Boeing 747 in the 1960s. 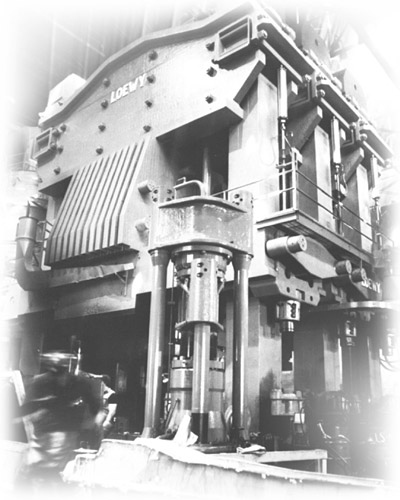 Same as item, on Loewy forge